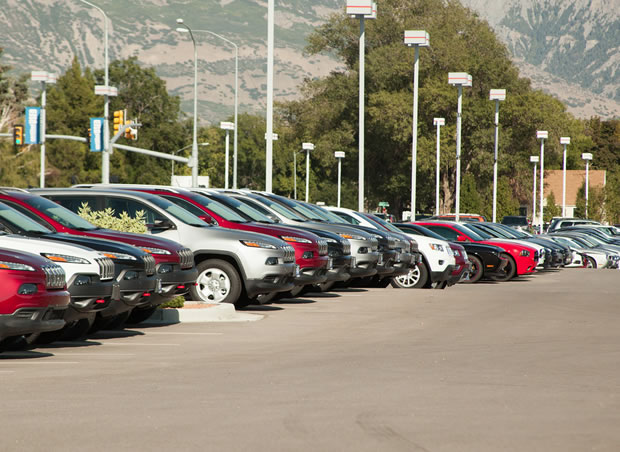 You have to spend money to make money, right? But, the real question is, how much should you spend to maximize your ROI? If you are thinking of having a prize giveaway at your next event, here are some tips to entice as many leads as possible while limiting your financial risk.

Prize Value: Even if you were to offer a FREE Car to everyone that comes in, you might be surprised that you still wouldn’t get everyone you mailed to come to your event. What’s that tell us? There’s a point of diminishing returns and when it involves “Gift Getters” most dealerships keep the prize values very low, usually an average of $5 or less. Don’t use low value gift cards as an enticement. Yes, you’ll get traffic when offering “Everyone’s a Winner” with that $5 Gift Card, but it’s mostly going to be the same visitors that are also going down the road to collect another $5 Gift Card. That same $5 you gave away to an unlikely buyer could have been better spent on a premium with a much higher perceived value which in turn would drive even more traffic. Which AD would you more likely respond to? You Could Be The Winner of $25,000, a New iPad, or a Gift Card Up To $500 OR You Could Be The Winner of $25,000, a New iPad, or a $250, $500, or $1,000 Online Shopping Card! All those “Gift Getters” know what that “Up To” means, $5 Gift Card, and all that potential traffic that sees that “Up To” immediately throws away that mailer. Entice them with something they’ve not seen before, a prize giveaway without that “Up To” in the Prize Details.

Prize Variety: Too many various prizes gets confusing or dilutes other prizes. Stick to 3-5 prizes with a large Grand Prize, a smaller second prize and/or 2 popular items, then a fixed variety of the “everyone wins” prize. For example, $25,000 Grand Prize, $5,000 Runner Up Prize, 55” LED TV, Smart Watch, and $250-$1,000 Online Shopping Card. When using this variety of prizes, you’ll get traffic that isn’t full of just “Gift Getters” you’ll get a variety of people that don’t usually come out to these events, giving you more opportunity to sell more of your inventory.

Prize Redemption Process: It’s as important as the prize itself. Don’t make it hard for prospects to get their prize. We’ve seen dealers intentionally make the Prize Redemption Process difficult to try and keep leads on the lot as long as possible. This negatively impacts your reputation and doesn’t benefit you in any way. Make it clear where people should go to easily redeem their prize, prepare your sales staff and have them on standby to personally hand out prizes as leads come in to redeem them. Identify the “Gift Getters” and quickly move on to the next prospect.

Offer an Additional Incentive: It’s a great way to weed out those “Gift Getters” but be sure not to offer something too large that you’re wasting time on people that aren’t prospects. You want to keep those possible buyers around long enough so they possibly see themselves in a new or used car on your lot and begin to talk about price. Things like a FREE Oil Change to appraise a possible trade-in, a $25 Gas Gift Card for a test drive, or even just another shot at a prize to showcase your lot for 10 minutes. Most people that are not prospects won’t waste their time, but if there’s any chance of them being a prospect they just might bite on that hook.

Holiday Events & Prize Giveaways: The holidays are a great time to have prize giveaways. Incorporate the holiday with your prizes and they’ll have a greater chance of driving traffic. Give away things like Flags on Memorial Day and 4th of July, BBQ Sets in the Spring, and high perceived value items around the end of the year as many prospects will use them to “re-gift” to friends and family.

Whatever you decide to do for your next giveaway, do it with AutoMailMall.com